As last year, we had a great escape from relegation, it went down to the wire and the last game of the season.

It was a fight between Branksome Park ‘A’ and ourselves over the second half of the season.

In the last 4 games we beat Branksome Park, lost to Poole Park ‘B’, beat Milford on Sea, and lost to Kings Park. During this run we accrued 26 points, finally beating Branksome in the league by 6 points PHEW! So we stay in Section 3.

We won 8 and lost 2 games this season, taking 47 points from a possible 60, winning East 2 division. Thus qualifying for the area finals.

We beat Broadstone in the semis but lost to Poole Park in the area final.

So well done the Swans on all accounts and thanks to all the members that took part. 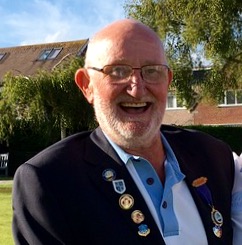