Our President, Brian Beeston decided this year’s President’s Day theme should be bright, colourful and gaudy. Well, Members didn’t let him down! Despite the rain we managed 10 ends of laughter and bowling before retiring to the Pavilion for silliness and a great ploughman’s. All proceeds go to the MS Society, Brian’s Charity for this season. 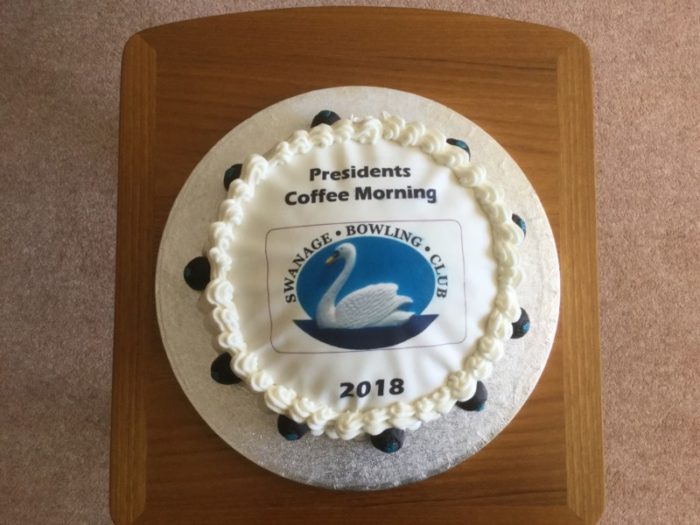 Our President’s Coffee Morning on 5th April was a great success. Along with opportunities to rejoin, buy new uniform or even a plant or two, a raffle raised over £100 with the top prize of a wonderful cake made by Kath Senior. The event raised £290 for the President’s 2018 charity; the Wareham and Purbeck Multiple Sclerosis Society.

Our Opening Day took place on Saturday 7th April, with a game in the morning followed by fish and chips. After an initial rain shower, the sun came out and welcomed in the new season.

Cinders and her Ugly Sisters

Club Members and Guests were recently ‘treated’ to a spectacular version of Cinderella the Panto. Laughter, singing, booing (mostly in the right places) and much ‘It’s behind you’ ensured that everyone had a memorable evening (and the cast and crew quite enjoyed it too!)

Particular and special thanks go to Sue King for writing the Panto, for most of the scenery, Directing the show and for taking on the role of wicked stepmother Lady Ladybird.

Mary Buck for her wonderful performance as Cinderella (how did you manage to learn all those words and have 2 costume changes?!)

Gill Bryceson for not only narrating, but for late stand-in performances as Dick and Fanny

Graham Smooker for his inimitable sighing and fantastic Buttons costume

Peter Davies for his sneezing and jigging as Baron Hardup

Nadine Evans as a Bellydancing Dandini

Heather Tainsh for being the Panto Prince hero

Hilary Davies for stunning costumes and rehearsal support and to Marita Morgan for music and sometime stand in.

Oh, and the fish n chips weren’t bad either!